Follow along for an exclusive interview series with our campaign stars as we discuss everything from music, creativity, to identity and self-love.
Tune in, get inspired, and turn up the volume!

Q. Tell us a little bit about how you became a musician! When did you know that was something you wanted to do?

A. I started playing music when I was seven. I chose the bass guitar, which is kind of rare for girls. I think I just wanted to be a little bit different when I was that young. Now I play other instruments, but I stuck with it and got really passionate about it. I played with a bunch of bands and then I was DJing a lot. When I turned 17, I was DJing everywhere in New York at all these clubs. I was always bringing around my bass with me and improvising over my DJ sets on my bass. And then I started touring with other artists as a bass player. Then, I was just like, I have stuff to say, I need to start putting out my own stuff, so I started putting out my own music.

Q. What does it feel like to be on stage? How would you describe that feeling?

A. I feel the most myself when I'm on stage. You're so present in that moment. There have been times where I've been on stage where I didn’t get that feeling, and that's when you're nervous or don't feel good about what you're playing. So it doesn't happen every time, but when it happens, it's crazy. It's like a flow state that you don't even realize you're in. You're like, nothing can touch me right now. Being on stage is my favorite feeling out of everything related to music. That's why I wanted to do music for the rest of my life — I felt that really early on, when I first started performing, and you can't get that feeling anywhere else.

Q. What’s it been like not to be performing live?

A. It’s been crazy not to perform live. It's such a big part of being a musician that we're not getting right now. When the pandemic hit and all my tours were canceled, I took to social media more and started doing videos on TikTok. Which is performing in its own way. I've been trying to kind of channel the same energy into making these little video clips to stay connected with the fans while we can't perform live.

Q. Is it the same kind of feeling or is it a little delayed?

A. It's definitely a little different. I don't think anything beats that in-person connection, but it feels good to be able to connect with fans in another way.

STAY IN THE MOMENT. STAY YOU. 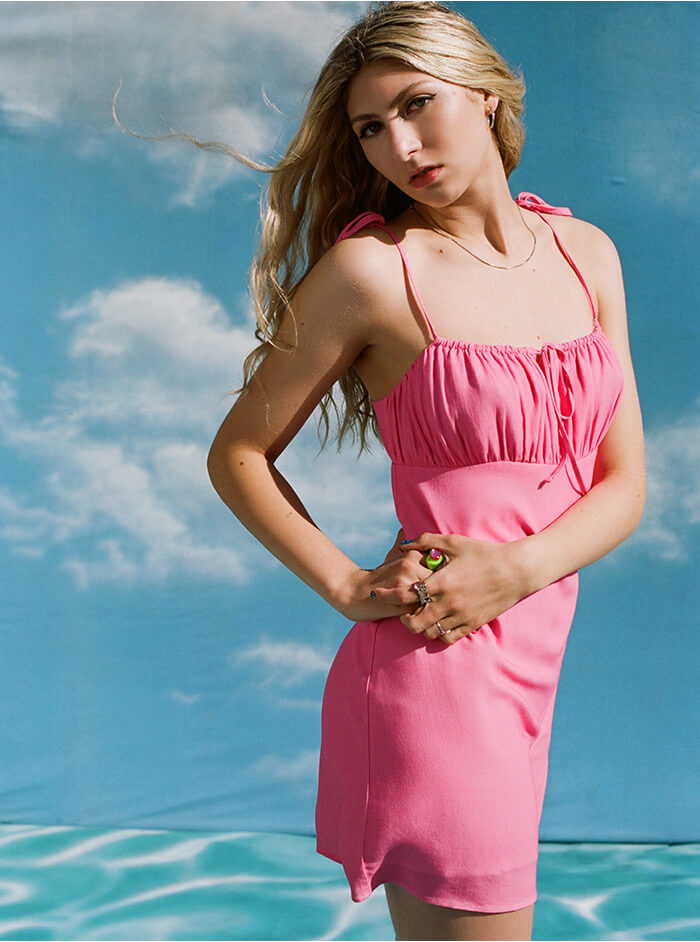 STAY IN THE MOMENT. STAY YOU.

Q. Let's talk a little bit more about connecting with people. People love watching videos and then they do their own takes on it. What’s that like?

A. I think the coolest thing is the new generation or community of aspiring musicians that have reached out to me and have expressed interest in picking up an instrument from watching a video of mine. The amount of messages I get from people saying, "Oh, I'm so inspired now. I just bought a bass," and then us having those really genuine conversations about it and me giving tips… that is so cool for me. I never really had a female role model like that, someone who I could actually DM and would respond. So I think the fact that you can do that now is really, really cool. With a lot of these social media platforms now, you really are just being yourself. And that's what makes people excited — people can see through the bullshit. So I think when people are most authentic and just being themselves, that's what gets attention. I've had a bunch of people tell me along the way, no one cares about the bass. I just kept doing what I loved, and it connected with people.

Q. Do you feel like maybe there's been a shift in social media now that we've needed it more than in the past? That it's less show-offy and maybe a little more positive?

A. I think the people who use it in a positive way are impacting others. I feel like there's a new community of musicians too. I've found so many musicians online that I wouldn't have found before, because now they're almost forced to put themselves online to stay connected with other people. 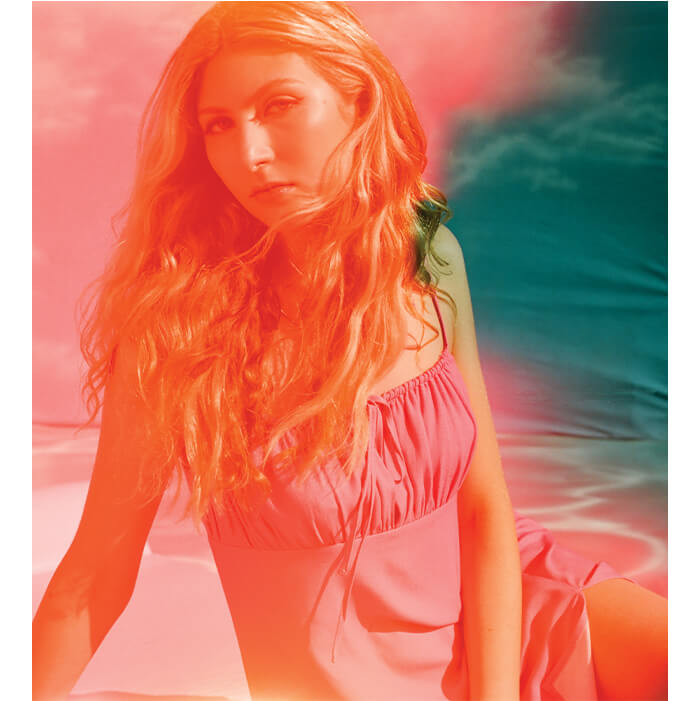 Q. Can you tell us a little bit about being a woman in the industry?

A. I guess, in the past, it was more dictated by certain gatekeepers and higher-ups that would force certain things on younger girls, but now I think we can kind of pave our own way, and there are more role models to look up to that are doing that.

Q. How would you describe your personal style?

A. My personal style is a mix of groovy and funky with rockstar chic, glitter vibes, all mixed into one. I switch it up here and there, but that's kind of what it's at right now. A lot of mesh tops.

Q. What are you most proud of?

A. I’m proud of how I carry myself and the type of person I am, and the dedication and hard work that I put into everything I do. I'm really happy with how I work and how I make music and how I collaborate. I'm also really proud of my debut EP that I just put out, which was a collection of songs that dropped on March 5th called, “How Did We Get Here?” I worked really hard on it for two years.

Q. What is the best advice you've ever gotten?

A.It’s really important to me, in general, to be happy with what I'm doing and present when I'm doing it. I always want to be in the moment and actually enjoy the process of making music. It's supposed to be fun. I’m constantly reminding myself to make sure I'm enjoying the process and not just looking at a certain goal. Just be in the moment, and be grateful.

Q. What's been the most challenging thing about that, about being a public figure?

A. Probably the fact that I want to respond to everyone and I want to help everyone, but it takes a lot of energy. I have to make sure that I'm conserving my energy, because I need to make music to help me fulfill myself. So the hardest part has been balancing all the different aspects of being a musician these days with making sure you're connecting with people and also making your music, doing what you're put on the Earth to do.