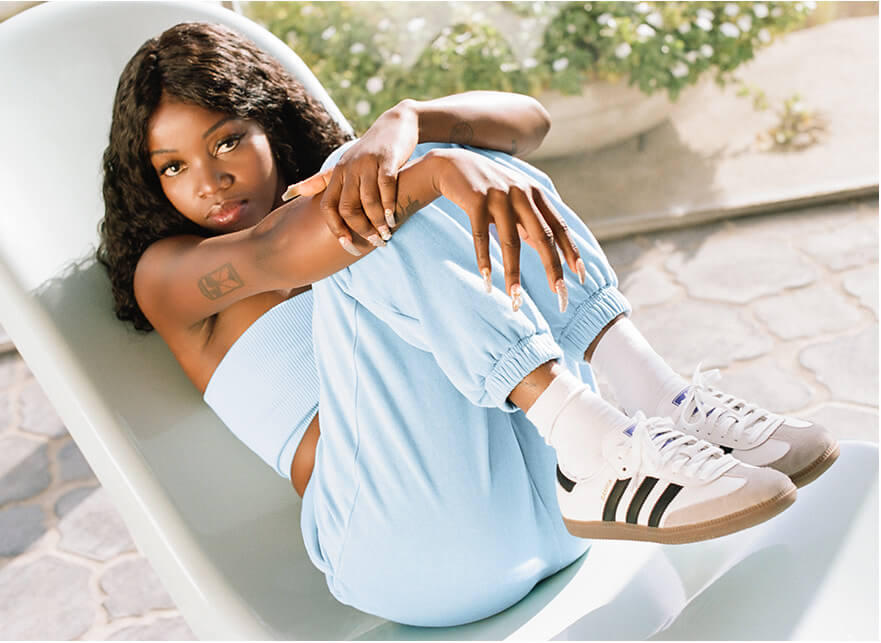 A. I like to take ‘90s silhouettes — big pants, big jackets, crop tops — and mix that with new trends, for a futuristic, modern spin. I definitely have a tomboy side — I play a little sports. I love video games. I like to wear sneakers. Like, my room's not always clean. I can dress like a boy and I don't really care what anyone thinks, because if they don't like it, they’re probably not the type of person I would want to be around anyway.

Q. Do you dress up when you go out?

A. If you see me out at a club — you probably won't see me, but when you do — that's another person. She's annoying, but fun. Last time I went out, we were outside and this group of guys realized who I was. They were like, “Do you wanna come to this house party?” And I was like, “Only if you freestyle for me.” And they just kept asking me and I would counter it with that question. And I was just really annoying them to the point where they're like, “This isn't happening”. I get away with stuff because I’m small and cute.

Q. Do you feel like things are also harder for women, especially in music?

A. Women probably have to work twice as hard as guys. And I feel like you have to compete against other women. It always seems like there has to be one or two that are at the top, and everyone else is fighting for their moment. Whereas I feel like with men, they’re competing, but no one really focuses on the fact that they’re competing. For girls, we also have to look amazing and be highly productive with how much work we turn out as well, which is pretty unrealistic.

Q. How do you keep your head up, in light of all that?

My most treasured possession is this book called The Little Book of Hope. My mom gave it to me. Whenever I'm confused or I have a question—or even if I don't have a question!—I open it, and there's always a message that just makes sense. Two days ago, I was writing and I was like, Oh, I need a break. I looked in the book and it said, The best ideas are the ones you fail to finish. And I was like, Oh, maybe I should go back and continue working on this. You just don't know what you're gonna open up to. 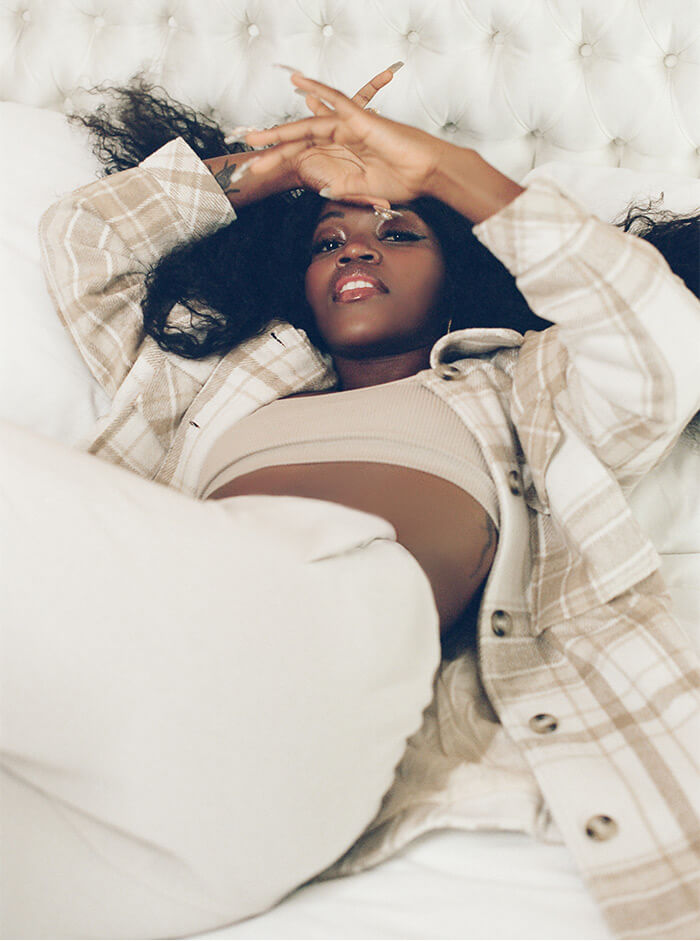 Q. What is that experience like for you, writing music?

A. The feeling of making music, for me, is euphoric. It's an escape. I've often felt isolated. And when I feel like I'm making the music I want to make, I feel like I'm truly alive. And it's this warmth feeling where you're also kind of flying. If that makes sense. I'm just floating in this space that doesn't exist. 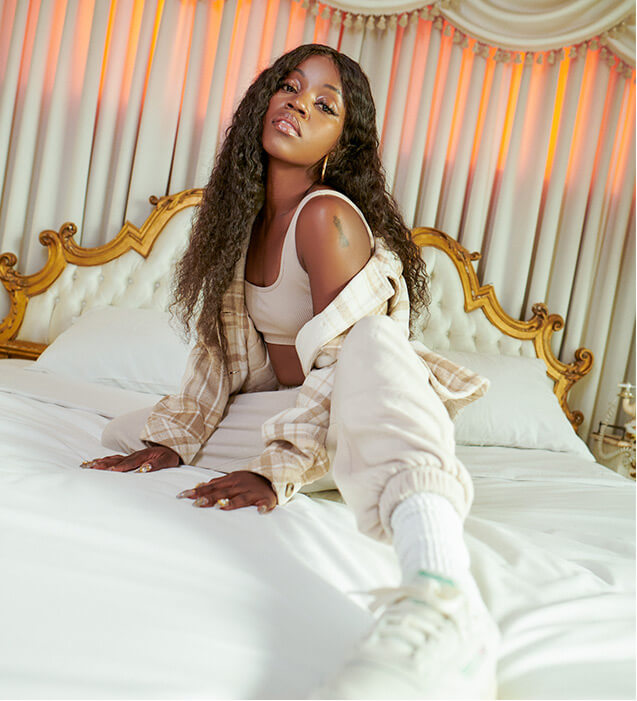 Q. Speaking of being isolated — what do you feel like you learned last year?

A. This year made me feel really sad for all the previous versions of me. You experience all these things and they really hurt. I’ve just had to kind of come to terms with that. My family moved from Africa to Australia in 2001. So we're the first generation. In Australia, there aren't a lot of dark-skinned girls. You learn to blend in because you just don't want any problems. You don't want any trouble. I remembered a time when I went to pick up my brother from tennis and the coach came up to us like, Guess what? I bought my niece a Black Barbie doll, so then she wouldn't be afraid when she saw you guys come to the courts. I was just like, why would you tell us that? I saw so many parallels when people were posting information on what racial gaslighting is that triggered memories for me growing up. It was a good eye-opener for me, because I think for so long I've thought I wasn't affected, but I was actually experiencing it. Now, I’d speak up.

Q. Is there any advice you’d give your former self?

A. I think the reason why a lot of musicians become who they are is because they're creating this world that they believe should exist and they're trusting their own instincts to like guide them through. And halfway through, you might have a lot of opinions that will clash with your judgment. It’s really important to always trust what your vision is and be true to who you are in that sense.