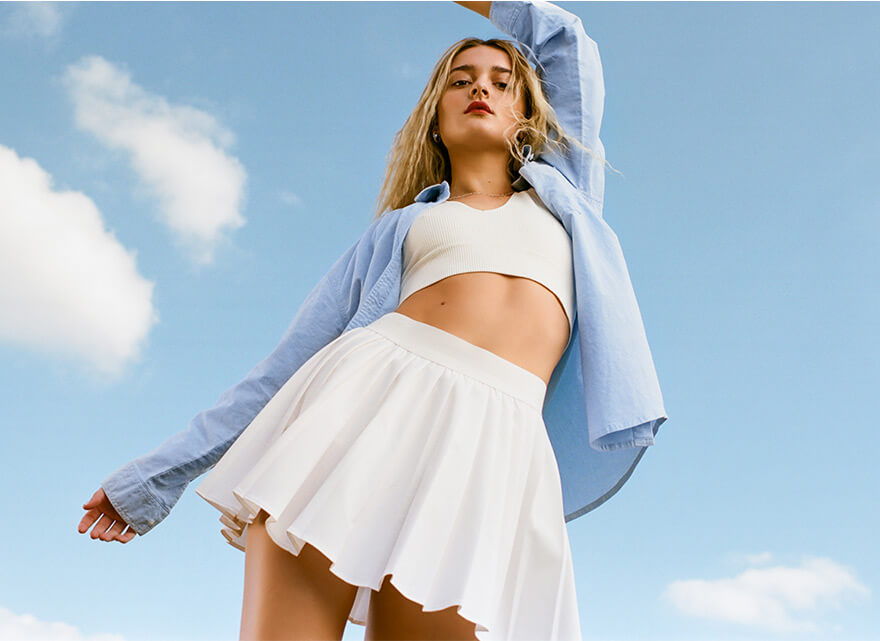 A. There are some horrible aspects about Los Angeles. It gets very dark. And I think that a lot of people are very dark and there's some bad stuff—but I think the best part of L.A. is that the most creative, interesting, talented people from all around the world move there to pursue the art that they are passionate about. Every single one of my friends is interested in something different. It really inspires me. From a young age, I had the mindset that I could do whatever I wanted to because I met so many people that were doing what they wanted to do. Even if they didn't make any money, they would still be like, I want to be a painter.

A. I know how to put on a dress. I know how to put on a suit. I know how to make a statement. I love doing it. I think it's so fun. But my style, at my core, is a cozy t-shirt that might have holes in it and sweatpants and boxers. I love men's boxers. I have collected boxers throughout my, you know, relationships. Even if I date a guy for a month, I will steal at least three pairs of boxers—not from him leaving them, but from me literally going into his drawers and stealing them, putting them in my bag.

A. I’m good at playing hard to get by accident. I’m very unorganized, I’m very forgetful, I’m very in my own world a lot of the time. So me playing hard to get isn’t a purposeful thing, but more like, “Where is Charlotte? I haven’t heard from her in three days! Oh, she’s just been locked up in her rickety home studio playing keyboard to nothing for three days and hasn’t texted anybody back.” I just picked up knitting and I’m obsessed with it. I can knit for hours and not text anybody or think of any commitments I have. I’m entranced.

Q. The hard to get thing made me think of your song, “I Just Stole Your Car”. How do you respond to other people playing hard to get?

Everybody loves attention. Everybody loves being loved. I’ve grown out of this some, but you always want what you can’t have. I used to have this thing that I would not care about somebody if they cared about me, it would be when they stopped giving me the time of day that I’d be like, Wait a second, why don’t you like me anymore? I’m the coolest ever, come back come back! It was unhealthy. I was super toxic. 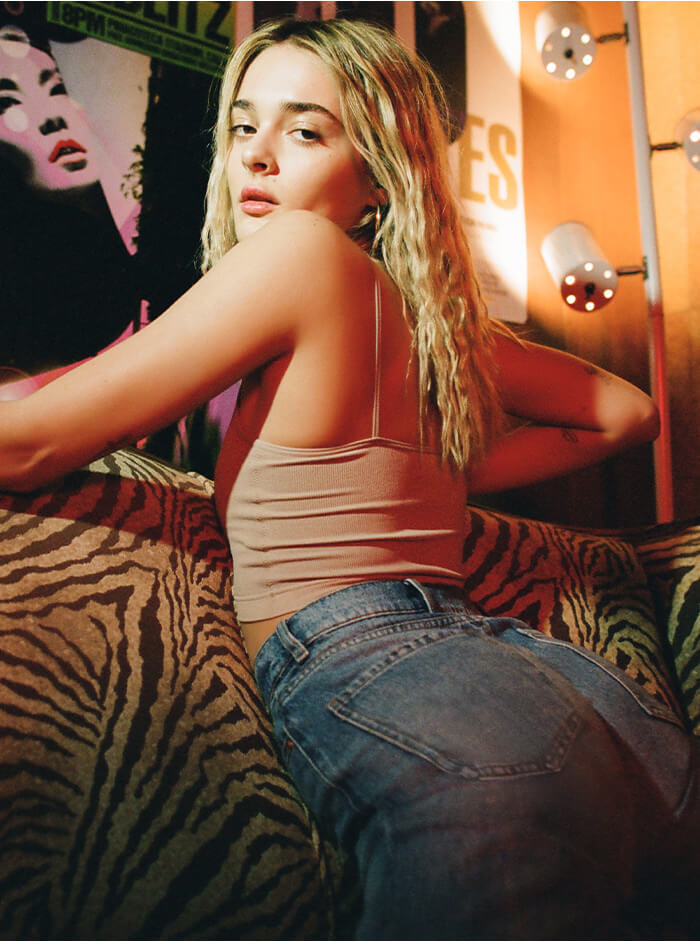 A. The way it plays into social media is with social media, you can have a million people saying the kindest thing about you and one person says something mean, and that’s what replays in your head. I think social media is the worst invention. When Instagram became really popular, I was probably 15 or 16. When you start looking for approval from likes and all that fakeness, that's when I think you kind of lose yourself a little bit. I'm not gonna post a picture of myself crying on Instagram, that I had a horrible day. I'm going to post one of me smiling at the beach, looking amazing. No one is happy all the time. No one is this perfect all the time. No one has perfect hair. No one has perfect skin. Everybody has a little belly roll or a little cellulite, whatever it may be. Don't compare yourself to other people because none of it's real.

Q. What made you finally understand that?

A. I think that everybody should try therapy. I think that it has such a weird stigma around it, but it has helped me on another level. It really helped with my anxiety. Like if I'm about to release a song, I'm like, Oh my God, what if not one person listens to it? And everybody hates it? And that never happens. What you think never happens. Rarely even do something close to what you think happened. If you think you're going to win, if all your what-ifs turn to positives, you'll win. Like, What if I become the biggest star in the world? Therapy, man.

A. Super insane! And I enjoy nightmares. I love them. I know, it's so weird. But it feels like a movie in my head. You wake up, you're scared for a second. And then you think about it and you're like, Wow, that was a really good movie. Like, I should make that into a movie. I want to watch that again! And then I would go back to sleep, hoping for another nightmare.